Siona Benjamin’s art, much like her transcultural identity, crosses several cultural boundaries. By sharing her own journey, her multicultural art has made headlines in the news and even been made into a documentary film.

The New York Times, New York Jewish Week, and others have praised her work not just as a Jewish artist, but also as an artist who sees beyond cultures and who explores what brings us together. Her work as an artist speaker has cemented her status as one who can breathe life into conversations surrounding what cultural identity truly means.

One of the most notable references of her work is the documentary film Blue Like Me: The Art of Siona Benjamin (a trailer of which is above). The film follows Siona to India where she discusses and reflects on her first Fulbright project which focuses on cultural identity art, world religions, and more. The full film is available on Amazon. In addition, her work as an artist speaker has been represented in a diverse array of venues. 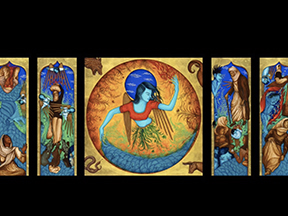 Exodus: I see Myself in You (interview) 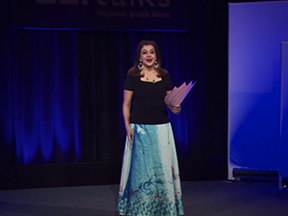 Eli Talks: Midrash as the Stage for the Drama of Life 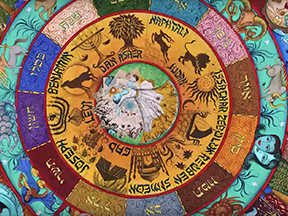 Installation of “Lilith in the New World” 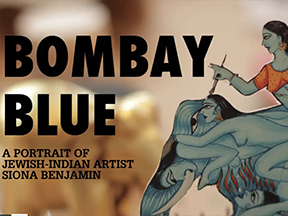 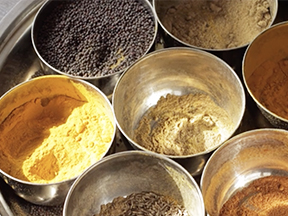 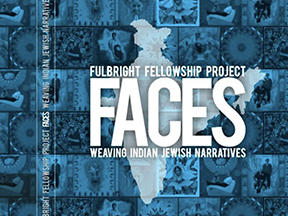 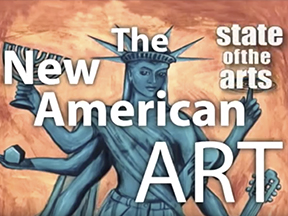 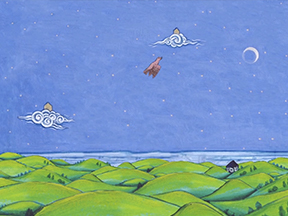 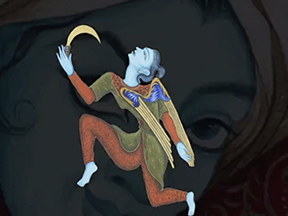 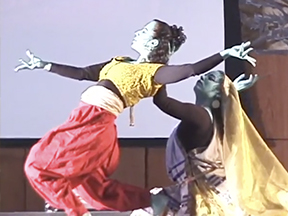 Siona and Dancers in Denver 2009 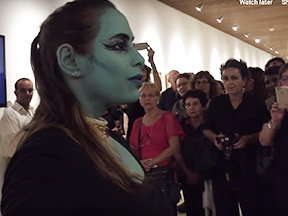 Siona’s art has also been featured in numerous publications. Her status as a cultural identity artist has led to coverage everywhere from national newspapers to art news websites to books and magazines to religion-based magazines.

Quote from a New York Times review:
“…And in a painting by Siona Benjamin — a highlight of the show — a mythical creature with a woman’s head and a lion’s body is crippled by feet in the shape of Mickey Mouse heads” review by Holland Cotter for exhibit “Femininity in Contemporary Asian Art” at The Lehmann College Art Gallery in 2002.